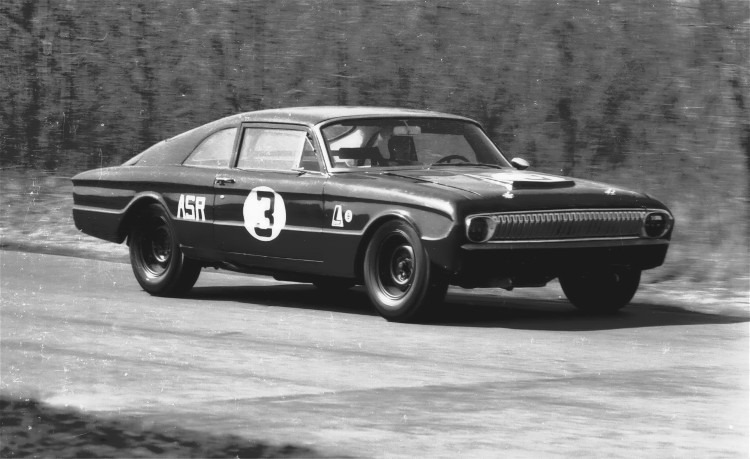 Holman & Moody was asked by Ford to help the little Falcons
with some performance changes.
As part of that effort HM developed the first ever V8 Powered Falcons.
Called Challengers I, II, & III these Falcons made history for Ford.
Challengers I & III were raced in International events
while Challenger II became the proto type for the Falcon Sprint.

The original Challenger III is offered in full race ready condition.
This unique car was able to beat the Cobras & Ferraris.
Marvin Panch said he could pass any of the production cars at will and almost keep up with the proto types.
This FIA race history would allow this Falcon to enter the major events in Europe.

Driven by Marvin Panch the Falcon won the first heat race and
lost the fan belt while leading the second heat.
This special Falcon has a number of very big advantages for the vintage race car collecter.
With the Ford 289 engine and four speed transmission it is easy to service and maintain.
There is only one Challenger III and it has full FIA history so it could run at Le Mans or Goodwood.
It can beat the Ferraris for a lot less money.